You are here: Home / Podcast Episodes / 5 quick wins for your patient communication 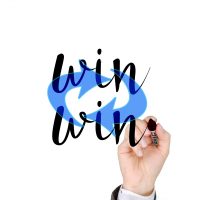 A panel discussion I attended recently spent about 90 minutes really getting into the weeds of some serious issues around patient communication. Toward the end, the moderator turned to the panel and said, “Well, everyone wants a quick win.” He then put the panel members on the spot: could they come up with something that we could do—quickly—to begin to address these deep-seated problems they’d been discussing?

In the spirit of that challenge, I’m offering here five quick wins for you and your patient communication.

Hey just a reminder, I made an audiobook bundle for you. It’s called Effective Patient Education. It’s a bundle of an 80-minute audiobook, a 40 page ebook if you want to follow along, research references, and additional resources. It’s inexpensive and you’ll be helping support this podcast series and your own learning. Available for immediate download on healthcommunicationpartners.com.

I’m not sure I would have believed this, if I hadn’t seen it happen. And I can’t take credit for it. I was observing a role-play, and two physicians were playing parts of ‘patient’ and ‘doctor.’

This went on for what was probably about three or four minutes, but it seemed to just stretch out time. The doctor was making a visible effort to listen, she was often shifting in her chair and she was taking a slow breath. The patient grew increasingly relaxed as he told his story.

In the debrief, we were all a bit breathless. We asked the ‘doctor’ how she felt, what she had done, and why. Prior to this, we had been talking, as a group, about the social determinants of health. She explained that in this role play, she wanted to learn more about her patient’s life outside the clinical context.

So she decided, in that moment, to change her usual diagnostic routine. Instead of asking the questions she usually asked–when she usually asked them–she thought she would try not asking them at first. And saying “Mmm-hmm” was her way of keeping herself from asking questions!

We couldn’t believe how powerful it had been. It worked on many levels – she let the patient know he was heard; the patient had control of the conversation; and the patient shared information about his life.

She explained how difficult it was for her to act on this spur-of-the-moment idea. She mentioned two difficulties in particular. One was interrupting her habit of asking the usual questions at the usual time. That’s where the “mmm-hmm” came in handy.

The other was listening for something different. Rather than listening for diagnostic clues, she was listening for details about the patient’s life that might impact her care plan for him. And she heard those meaningful details, and shifted her advice accordingly. And it was quick! I’ll use this story of a quick win as a way to talk about a few other quick wins.

One of the reasons the “Mmm-hmm” was so effective is that it gave a clear signal that the patient was in control of the conversation. And this signal was given by the provider. In the patient encounter, you have first say in determining what’s on the conversational table (and what isn’t).

Here’s a sports metaphor: as the provider, in the patient encounter you have more power to determine the playing field, and to set the rules of the game. And you get the ball first. Plus you have home field advantage–every time.

In addition to the “Mmm-hmm,” here’s one other way you can share what we call in linguist circles discursive power: Pay attention to how you open conversations. You are the one who opens the conversation – both the small talk, and the clinical communication. How you do this matters.

For a deep dive on this (in only 10 minutes!) check out my podcast Providers, your language may have more power than you realize (Revisited). There’s research and examples from actual providers in action with real patients.

As providers, you have a ‘problem’ focus when you meet with a patient. This is part of what the ‘doctor’ at the start was talking about. You’re there for the complaint, the illness, disease or injury. You diagnose what is ‘wrong’ with your patients.

A problem focus can exert quite a lot of pressure toward seeing patients as collections of problems to be solved. A deficit perspective can creep in when people maintain a focus on what a patient doesn’t understand, or doesn’t do; what a patient’s situation lacks; what it seems his or her community can’t provide. It can also refer to a focus that’s limited to negative results, negative effects, negative examples, depictions, or instances, I think you get the hang of it here.

What do you focus on instead? Resources! All patients come to you with extraordinary linguistic, cultural, and intellectual resources.  Just not always the same resources as you, or as your other patients.

If you’re interested in how a deficit perspective crops up in research, practice, and policy, check out my 10 minute podcast How to ditch the deficit perspective. There’s a transcript for this and every one of my podcast episodes at healthcommunicationpartners.com

There are topics you explain frequently to patients. It’s possible you’ve been using the same approach for a while. There’s nothing wrong with that. But to give yourself a break—and to reach your patients who might learn differently—why not grab another way of saying the same thing?  Try: Cause-and-effect; if-then; telling a story; or compare/contrast.

For examples on how to do this, and more options, check out 10 Ways to communicate a complex idea during patient education. There’s also a handy infographic. Again at healthcommunicationpartners.com.

I saw the ‘patient’ in our role play grew increasingly calm as he continued speaking. And this was just a physician, playing the part of a patient, in a role play! As human beings, we want to be heard and understood. We also all have ideas about how the world works. About how things go, or ought to go.

Your ideas about how the human body works are much more informed than everyone else’s. The rest of us non-specialists are also walking around with ideas about how our bodies work.  Those ideas may or may not have scientific merit.

So your task then is to understand your patient’s understanding. Because as non-sensical as it might seem from an expert perspective, whatever your patient thinks, makes sense for them.

If you’d like to dig into this idea a bit more, check out 5 ways patient background knowledge can help you (and your patient) links in the transcripts.

Overall, it may help occasionally to think about health communication in terms of everyday communication. Because communication is more than a transfer of information. It’s an interaction between people.

After all, we all want to be understood. We all have our communication hangups. None of us wants to look foolish, or waste time. When we have something important to say, we want to get that message through, to whoever our audience is.