You are here: Home / Podcast Episodes / Dr. Ashley Love on interprofessional communication during a health crisis

This former state epidemiologist helped guide her state through the H1N1 outbreak. She talks to us about how challenging interprofessional communication can be during a crisis, what she learned from H1N1, and two things health pros can do to improve their communication right now. 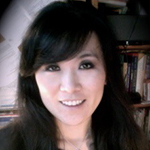 When there’s a health crisis, clear communication is crucial. Not only from experts to the public, but among health professionals themselves. Today a former state epidemiologist who helped guide her state through the H1N1 outbreak talks to us about the special challenges of interprofessional communication during a crisis.

Thank you so much for having me on the show Dr. Liebel.

Can you tell our audience a little bit about yourself and what you do?

Sure, I’m an educator, mentor, Health coach and an active duty Air Force military spouse for almost 20 years, as well as of the former State epidemiologist of Delaware.

Public health is so much in the news now. Can you tell us: what does a state epidemiologist do?

Sure. When public health is working correctly we’re not in the news! Yeah so I am so happy to have this opportunity to talk a little bit more about a state epidemiologist. The state epidemiologist is in every state and territories in United States. Because you’re serving as a disease investigator, and health expert, educator, manager, and a public health advocate for your state or territory.

Now when you were the state epidemiologist of Delaware, back in 2009 you faced the situation with some parallels to the COVID pandemic. Can you tell us some of what happened then?

Wow, so what, what happened then?

Well these cases were reported to us at the State Department of Public Health as probable flu cases. After all it was a flu season back then as well. And the samples were sent to the CDC to be tested for H1 N1. The next day the CDC confirmed that 4 samples were indeed positive for H1N1. Then shortly after that, another 17 probable cases all from the University were reported and confirmed. This increase occurred weeks after students came back from spring break

I know! The students were in classes for several weeks and not to mention there was Greek week

I know! so we had thousands of people potentially exposed to H1N1 at this time. And the World Health Organization has had declared H1N1 a level 5 pandemic at this point.

So how did you deal with that as state epidemiologist?

Well we were getting ready for the worst case scenario, because we do talk about this in our meetings–which is similar to what we’re seeing now, unfortunately. So the next step was the State Health Operations Center (SHOC) was activated, and the incident command center was triggered. So this means that all our roles in the state department were changed to address the H1 N1 pandemic. And we needed to coordinate the efforts with the CDC, the governor, decision-makers media liaison, military personnel and many more, as well as Daily Briefing from the CDC who took the lead in informing the public about the situation.

This bundle of audiobook, eBook, and supplementary materials will help you address unconscious or implicit bias in your language. No matter your specialization or patient population. You get practical, culturally and linguistically relevant advice and research-based tools, in an unfussy, conversational format.

Sure. Everything was very chaotic. I know that personal communication gets lost in crisis situation like H1N1 back in 2009, since we were engaged in so many meetings and calls to figure out what was going on. Another thing that I noticed was the office dynamics that weren’t really great became amplified, and it became really obvious who really worked well together and who didn’t. So when the SHOC was activated,  another thing that I noticed that was we were asked to perform tasks that were vastly different from your day-to-day job. So for instance you may be working in an office, and you may be changing bedpans or triaging people.

Oh, so that’s how drastic changes could be.

Exactly. and this can affect the communication. Because people are not doing their usual tasks, and their comfort level is very low. There was a lot of stress and anxiety, mental anguish and overwhelming, you know, fear, as well, which cause tempers to flare. And I think people all wanted to get the jobs done, which unintentionally lied to some hasty, curt, and even some rudeness to get things done.

Understandable. But I really appreciate your spelling some of that out for us. So do you have anything to share for the folks who are dealing with communication with right now with COVID, based on what you’ve been through?

Sure, I think one of the things that I wish I had done that was writing things down. Right, right as they’re happening or immediately afterwards because the details are really fuzzy, so the two lessons I’m going to tell you are based on my recollections, so…

And as a reflective practitioner–did you hear that? Did you hear her say “write things down”? As this is happening to you, please jot things down. Please. Your noticings matter. So anyhow that is my plug for please, please, please document. So you were saying you had two things that you wanted to share

The first thing, I do want to say is saying thank you and please I know we are in a rush to save everyone, but at the end of the crisis we still have to work with each other. You may be high on the pecking order; it may be so important to just, a simple thank you and please, even during crisis.  People have their own experiences, emotions, and memories of what have occurred. Most importantly they’re going to remember how you made them feel during the crisis.

I like how you’re talking about preparing your students. Let’s stay with that look into the future, because many people are pointing out that this is an important time to be looking ahead. Do you have any advice on what people might want to keep in mind going forward from here?

Sure, I think this is a wonderful opportunity to build trust. The trust has to exist before the crisis. And another aspect that I think it’s really important is conflict resolution. There’s always going to be conflict in any professional and personal relationship. I think people avoid conflicts because they think it’s going to go away. But in crisis it doesn’t, unfortunately. So as leaders I think we should be mindful of addressing conflicts. We do need each other. We need to be connected. We create our communities and we direct our future together. We cannot survive on our own!

Dr. Ashley Love thank you for being on the show!

Thank you so much Dr. Liebel.