You are here: Home / Podcast Episodes / Reducing cultural bias in your medical metaphors 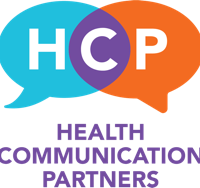 Are your metaphors missing some of your patients?

In this episode, you’ll learn about:

Don’t forget to subscribe to us in iTunes, and rate & review!  We read ’em.

Metaphors and analogies are favored tools of poets — and doctors.

They invite us to see a person, idea, or object differently, by inviting comparisons.   Providers use them often, to explain complex physiological phenomena to patients.  They may even improve physicians’ communication.

So what’s the problem?

Sometimes they don’t work.  They can even give patients the wrong impression. And you usually can’t tell if this is happening.  If you’re in academic medicine, you have even more to think about: are your students getting your meaning?  And will their future patients?

But there are things you can do to increase your chances of getting across the message you’ve worked so hard to craft.

Let’s talk about why you’re taking your metaphors for granted.

Metaphors and analogies are powerful language tools.  They’re even important to the way we think.

Nearly 40 years ago, linguists Lakoff and Johnson wrote Metaphors We Live By, explaining how metaphors structure the ways we think about the world—not only the ways we speak about it.

The authors write about the many metaphors comparing argument to war.  We tend to talk about argument in terms of defense, tactics, destroying opponents, and so on.  We see argument as a kind of war or battle.

But then they ask us to imagine a society where argument was not seen as a war, but more like a dance.  It’s possible that if we were to witness an argument in such a society, we might not recognize what we were seeing.  Because it did not look like an argument—a war—to us.

We live by metaphors.  We’re surrounded by them.  But this almost invisible nature of metaphors can work against you when you’re creating a metaphor or analogy for patients.  This is because it can be hard to step back and notice what we’re taking for granted when we use metaphors.

But that’s just what I’m going to help you do.

A recent JAMA editorial asks physicians to be thoughtful about the metaphors you use often. The author, Brit Trogen, remarks on physician’s practice of ‘drawing on the commonplace to express the complex.’

The question is, what are you considering ‘commonplace’?

Your metaphor hinges on what you assume is common between you and your patient audience. Being aware of your metaphors is important because comparisons only work if the audience knows at least one of the items being compared.

You know that a metaphor (and an analogy) is a comparison.  Rhetorician I.A. Richards famously gave names to the two halves of the metaphor: the tenor and the vehicle.  In the argument as war example from earlier, the tenor would be argument, and the vehicle is war.

The tenor, in your case, is the medical phenomena.  The vehicle is what you are borrowing the traits from, the ‘commonplace.’  In one of the most recognizable medical metaphors, the tenor is cancer, the vehicle is a battle.

This is where it gets tricky, because what counts as “common” is local to communities and social groups.  What is normal, natural, or common varies by race, class, gender, and more.

For instance, if I was to compare my compact car to a Tardis, you would understand what I meant only if you were a Dr. Who fan.  That is, if you were in the Dr. Who social group.  So if your vehicle doesn’t work, you’re going nowhere!

These are vehicles you’ll want to watch out for. Why? Because these can unintentionally require knowledge or experiences that are specific to a social or cultural group.

Another recent editorial from BMJ points out the dangers of overgeneralizing across populations, and the importance of culturally relevant metaphors.  They caution against the use of food-based metaphors, because food is so culturally specific.

Now, food metaphors are the most common in medicine.  For example, peaches-and-cream complexion, port-wine stains, and sausage digits.  I’m not sure I could tell you the color of a port-wine stain.  And I drink wine!

Why do you want to get rid of these vehicles?  Because you want people to understand your metaphors’ meaning.

But also because cultural mismatches in speech and language patterns in institutions are a source of negative outcomes, as found in research based on culturally-relevant, culturally-sustaining pedagogy over the last 30 years. (This theory informs these recommendations.)

So what are they?  Let’s steer clear of:

Some of this may sound like I’m splitting hairs, so let’s give an example.

I grew up in a large working class family.  When I was a teen, if you had asked me what a vacation was, I certainly could’ve told you.  But they were not part of my life.  My family took day trips.  We went to the shore.  So the idea of getting away – by plane perhaps – and staying a few days, in a hotel, was not part of my experience until I was an adult.  And yet this is what is often implied by ‘vacation.’

It’s not that I wouldn’t have understood the analogy or metaphor, but it would have a different meaning to me than perhaps the one you were counting on.  Also, I likely would have spent some time figuring out what I might be missing in your point because I was not myself a vacation-taker (and meanwhile, I wouldn’t have been listening to you).

Holidays are similar.  It’s not hard for someone to know what a Christmas tree looks like, and picture one, even if they don’t celebrate Christmas.  Could you use a Christmas tree analogy?  Sure, but your meaning can be obscured or dulled, based on a patient’s experience.

I recommend caution building metaphors around topics that are by nature emotionally charged, such as sex, politics, and religion.  They’re not necessarily cultural mismatches between you and your patient, though they can be.  But these topics tend to elicit strong feelings.  The strong feelings, and any conversation on the topic, can powerfully illuminate—or entirely overshadow–your metaphor.  If this is a chance you’re willing to take, I suggest your proceed with caution.

There’s caveats for each of these suggestions.  Above all, be careful the assumptions you’re making about your patient.  If you must use a food metaphor, consider, for instance, what you assume about the kinds and quantities of food that your patients eat, have access to, prepare, or enjoy.

In this way, using effective metaphors also let your patients know you see them and hear them as people, and as members of communities.

Figurative language is beautiful and powerful when it works, but it is tricky and culture-specific. Your metaphor hinges on what’s common between you and your audience. And remember, what’s common varies by social groups.

You don’t want your metaphors or analogies to disadvantage some patients, just by virtue of who they are.  When in doubt, focus on explaining things in concrete, simple terms.

Don’t forget to subscribe to us in iTunes and rate & review!