You are here: Home / Podcast Episodes / What does health literacy mean to you?

Health literacy continues to be talked about. But what do we mean when we talk about it? What one physician–and a group of researchers–had to say may surprise you. 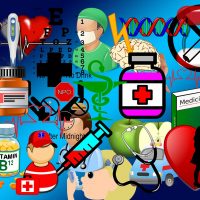 A few months ago, I decided to conduct an informal survey. I’d begun thinking about the relationships between health literacy research and practice. Since I sometimes get to talk with physicians one-on-one, I decided to ask the next few physicians I encountered a simple question:

When you hear the phrase ‘health literacy,’ what does it mean to you?

I thought the answers would be varied, and they were. I want to share one with you today, and unpack it in a way I hope will be helpful.

Here is one unedited response.

There’s quite a lot in this physician’s statement – more than I can get into in ten minutes. But I want to draw attention to two particular phrases in this response.

I don’t know about you, but I’ve noticed that some of the ways health literacy gets talked about (especially in popular media) seem to imply pretty heavily that health literacy is a function of formal education. like the more years in school you have the greater your chance of doing health literacy ‘right’. What’s worse is when education acts as a (polite?) proxy for intelligence.

In some circles, the penny has dropped that health literacy is not related to education. Because someone is very highly educated does not mean they magically have all the information they need to deal with their health situation. Nor does it mean they know the difference between similar-sounding medical terms.

We do everyone a disservice when we treat health literacy as connected to education, or some perception of intelligence.

There is an imbalance to be sure. How this imbalance is understood shapes how it’s addressed.

You know that language is two-way. Conversations are dialogues, not monologues.

When we begin looking at language in use, by actual people, with real lives–lives that they bring with them into real health-related conversations that happen in specific health care contexts–it gets even more complicated.

What would it be like if we conceptualized, researched, and acted on health literacy in ways that addressed these issues?

In ways that disentangle health literacy from education, or intelligence?

In ways that are about the language patients use, and is used on them, in real life, when their health was the topic?

Well, this work is already being done. I’m going to tell you about three empirical studies.

Each of these studies shares the goal of advancing people’s health literacy.  They all pursue this goal by researching language in use in everyday environments. You know, in real life.

Links are in the show notes. I’m not involved in any of these studies, I have nothing to do with them. I’m just a fan.

Papen and Walters (2008)  did a nearly three year study of adults in the northwest of England who were in an adult literacy learning program.  This study was about these people’s experiences with language and literacy around issues of their health and their encounters with providers and experience sin the national health system.

In their research report, Papen and Walters explain that:

“Another way of looking at health literacy – and literacy more generally – is to think of it as social practices: as activities which are always embedded in specific situations and contexts and whose actual shape and meaning can only be understood within these contexts”

They “looked beyond patients’ ability to make sense of certain words or follow instructions. We have tried to understand the broader context of their experience as patients and more generally as people being ill.”

Their research report describes the many literacy, language and numeracy demands placed upon people in health-care settings—the “demands of having to read, write or act upon specific health texts.” They document how their participants took up and made sense of health-related information. They analyze how their participants found out about the health matters that concerned them. They find “the people in our study drew on a broad range of strategies and skills, allowing them to access health information and make sense of their experiences.”

Hunter and Franken (2012) explicitly build on Papen and Walter’s definition, adding that “While skills are clearly important, they are inadequate for conceptualising health literacy in use.”

They were involved in another lengthy study called “The Health Literacy Project” in the Midlands region of New Zealand. The authors say:

Again there are multiple papers off this long term project and I’m talking about one paper from phase one. It looked (as Papen and Walters had) at the literacy demands placed on patients through medical texts.

Hunter & Franken found that “the language and content of health information documents favour white, middle-class, educated patients who are predisposed to comply with medical advice” and “minimally acknowledged New Zealand’s population diversity”. Kind of reinforcing the ‘imbalance’ mentioned by the physician I spoke with….among certain parts of the population.

Similarly, Maricel Santos et al (2014) were interested in health literacy as skill and social practice. They studied adults in a course for English for speakers of other languages in California as part of a 4-year project called The ESL Diabetes Prevention Project.

Similar to the other two studies, they were interested in what people’s actual experiences were around language when it came to their health, what they did in terms of language use, the challenges they faced, and how they managed. With special attention, the authors state, to “the mechanisms by which social interaction and social support facilitate health literacy outcomes in ESL contexts”

Once they understood some of these, they designed and piloted health literacy intervention which  had a positive impact on the participants.

“[T]he classroom pilot data provided some insight into the promise of a social view in health literacy intervention studies, one that does not reject the importance of cognitive skills but situates them in a broader, multilayered, and perhaps more accurate understanding of the way adults actually go about learning to be more ‘literate’ in our society and our health care system.”

By expanding this characterization of health literacy beyond reading and writing skills, researchers have helped us appreciate the many ways health and literacy are practiced, understood, and navigated in peoples’ everyday lives. Not just as individual cognition but as social processes as well.

We become aware of the resources of individuals and groups when we treat people as actors and not just acted upon.

But we do not want to get carried away from the very real structural factors that limit access, and maintain inequality…and the uncomfortable fact that some of this happens through our everyday language use

So this is, in part, about the power of language to reinscribe inequality.

What can you do? Here are some implications for everyday practice:

As the physician quoted in the beginning is aware, health literacy is complex. But tools and resources exist to address this complexity. And you don’t have to be a researcher to use them.

If you are interested in taking your language use seriously, why not start with your metaphors? I’ve written a workshop shows you how to break down the metaphors you use, understand their cognitive and affective aspects, and evaluate them in use. On demand, right on healthcommunicationpartners.com

I’m Dr. Anne Marie Liebel, and this has been 10 Minutes to Better Patient Communication.